Imagine a night where you get to meet your favorite fictional characters up close. Imagine getting introduced to them and shaking their hand. Now imagine actually talking, dancing and mingling with their crowd. Sounds super, doesn’t it?

The College of Nursing actually got to do all that and more at Mandarin Plaza Hotel last July 12, 2014. Everyone—from the students to the teachers were dressed to the nines in their best impersonation of their favorite fictional character. There was Jack Frost, Alice in Wonderland, Wonderwoman and even Audrey Hepburn. The atmosphere was bursting at the seams from everybody’s excitement—especially the freshies who were giddy with the thought of making new friends. With that giddiness was also a sense of nervousness, but the chill vibe within the venue helped cool their apprehension.

The program started with an introductory video about everybody’s favorite fiction and fantasy characters, signalling the start of the night. As the night deepend, several performances entertained the audience, warming them up. Each year level had a video presentation and a dance presentation starting with the freshies to the seniors, respectively. The Lipschitz and the Whitecaps members also wowed the audience. What really got everybody’s attention was the Clinical Instructor’s dance presentation.

There were also several games played where students from different levels were either paired with a student from another section or level or with a Clinical Instructor. The game, The Apple of My Eye seemed to hold everybody’s attention as the contestants hilariously tried to balance the apple between themselves. Laughter filled the room and soon, everybody was enjoying themselves and talking to each other.

Eventually, every night had an end. Unlike Cinderella though, the students’ curfew wasn’t midnight. It was eight PM. That night wasn’t just an ordinary night. It was just the start of something new; a night that they would never forget. 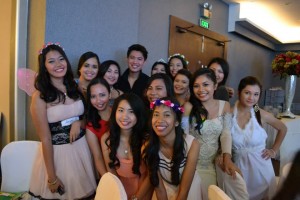 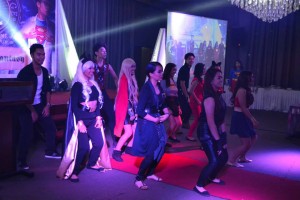 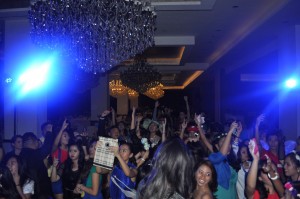 UZ – School of Dentistry augments its facility with high-tech equipment

Target on, Future on: RD Leader, Dr. Gissella B. Lebron